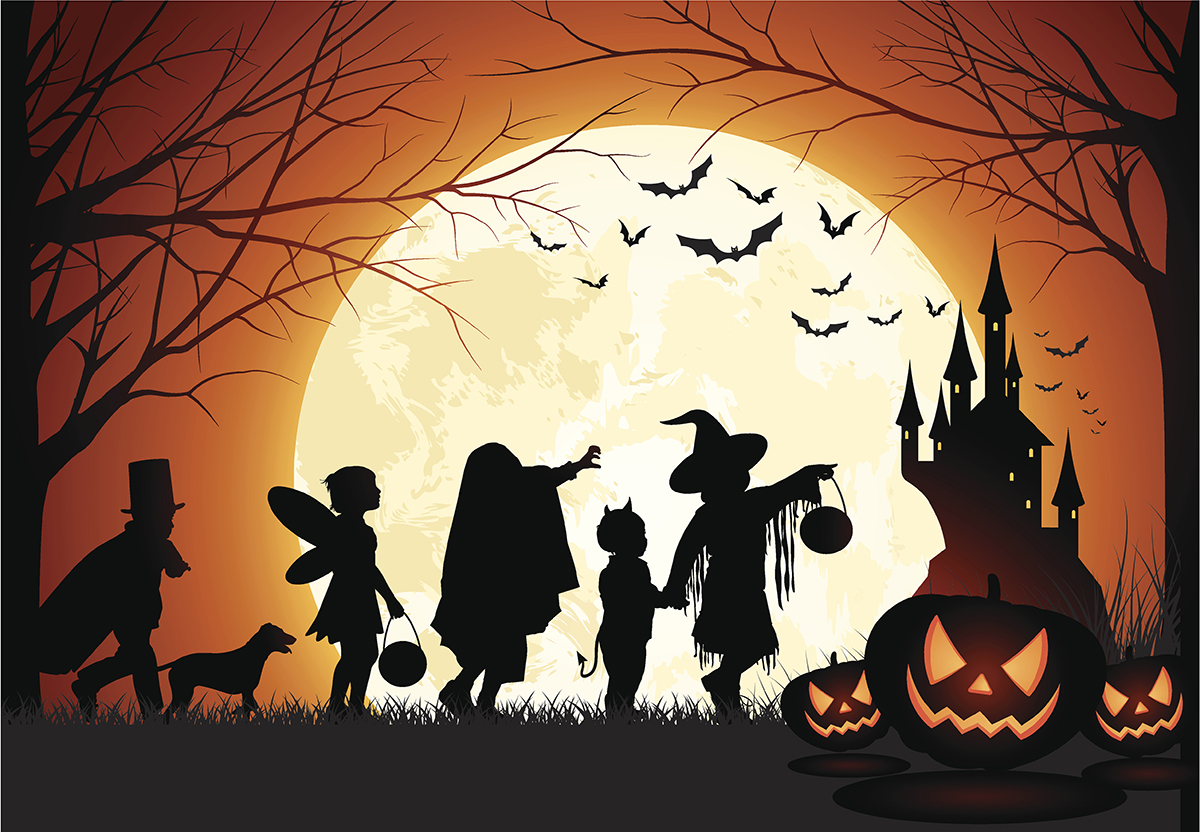 The Feast of All Saints – East & West and Halloween

The Church has honored those individuals whom we call saints from its earliest days. At first only martyrs, the Mother of God, and Saint John the Baptist were honored by a special day. Other saints were added when a regular process of canonization was established. Every Saint has his/her own proper feast, usually the day of death; but since the number of saints is increasing and will continue to increase, the church designates one day in the year on which the memory of all the saints is celebrated. Eastern Christians, both Catholic and Orthodox, Roman Catholics and Anglicans remember and thank God for, and venerate, and pray to the saints to intercede to God for us.

The traditional date for this Feast was on the first Sunday after Pentecost. The first trace of the observance of this feast on the Sunday after Pentecost is found in Antioch. In the fourth and fifth centuries there is also mention of a common day in a sermon of Saint Ephrem the Syrian, and in the 74th homily of Saint John Chrysostom of Constantinople. There is a logical link between the Feast of All Saints and Pentecost. One of the works of the Holy Spirit is to help the Life of a Christian blossom and flower into the beautiful life of a saint. Holiness is the work of the Holy Spirit, and Christian Holiness is a fruit of Pentecost. All-Saints’ Day is observed by Eastern Churches on the first Sunday after Pentecost, keeping the traditional date as celebrated in the early church.

The Church also solemnizes the anniversary of a martyr’s death. Soon there were so many martyrs on the same day, the Church, feeling that every martyr should be venerated, appointed a common day for all. During Pope Gregory III's reign, the festival was expanded to include all saints and a chapel in St. Peter's church was dedicated for this purpose. In 835, Pope Gregory IV transferred the date from the Sunday after Pentecost to November 1st for the Latin Church and the name of this day is called the Feast of All Saints.

HALLOWEEN-The day before the Feast of All Saints, October 31st, became known as Halloween. Halloween as we know it is a mixture of pagan, Christian, civic and cultural influences. Some cultures have associated the day with witches, ghosts and goblins. They trace its roots to an old Celtic festival when the Celts thought that on this night the souls of those who had died could cross over to the mortal world. When the Celts were converted to Christianity, this popular feast was moved from spring to fall and celebrated as the feast of the Eve of All Saints Day. Halloween comes from the word hallowed meaning “blessed” or “holy.” So, Halloween is the night that anticipates the celebration of our connection with those who have gone to the Lord before us. It is then, that on the night before All Saints Day, we remember and celebrate in a special way our belief in the connection of the saints to our own life.

So how did “trick or treat” become connected to All Saints’ Day? The practice of “souling” - going from door to door on or about All Souls’ Day to ask for gifts of food in return for prayers for the dead - evolved from a pagan ritual that was practiced all over Europe, possibly as early as the 10th century. As a Christian tradition it goes back to at least the 14th century when it is mentioned by Chaucer. It is still commonplace in many Catholic countries, notably Ireland, where soul-cakes are left out for the departed. In the late 1800s in the United States, children would go around their neighborhoods on Halloween night pulling pranks and doing mischief. To curb this mischief, in the 1920s parents encouraged the practice of children dressing up in costumes, going from house to house seeking peace offerings with the gentle threat: “Your choice, either a trick by us or a treat from you.” In the busy culture of today, Halloween has become a time for families to spend some time together away from work and obligations, to decorate their homes in bright colors, and to enjoy each other’s company. It has become another time for children to get together and have fun by playing “dress-up” and sharing with each other the candy and goodies they received from their neighbors.

On whatever date we choose to remember those who have gone before us, it is important that we pray for them. God doesn’t look at time chronologically, but takes all time together, and so therefore we can pray for those who have already died. We can take care of our friends and relatives by praying for them, as they took care of us when they were with us.