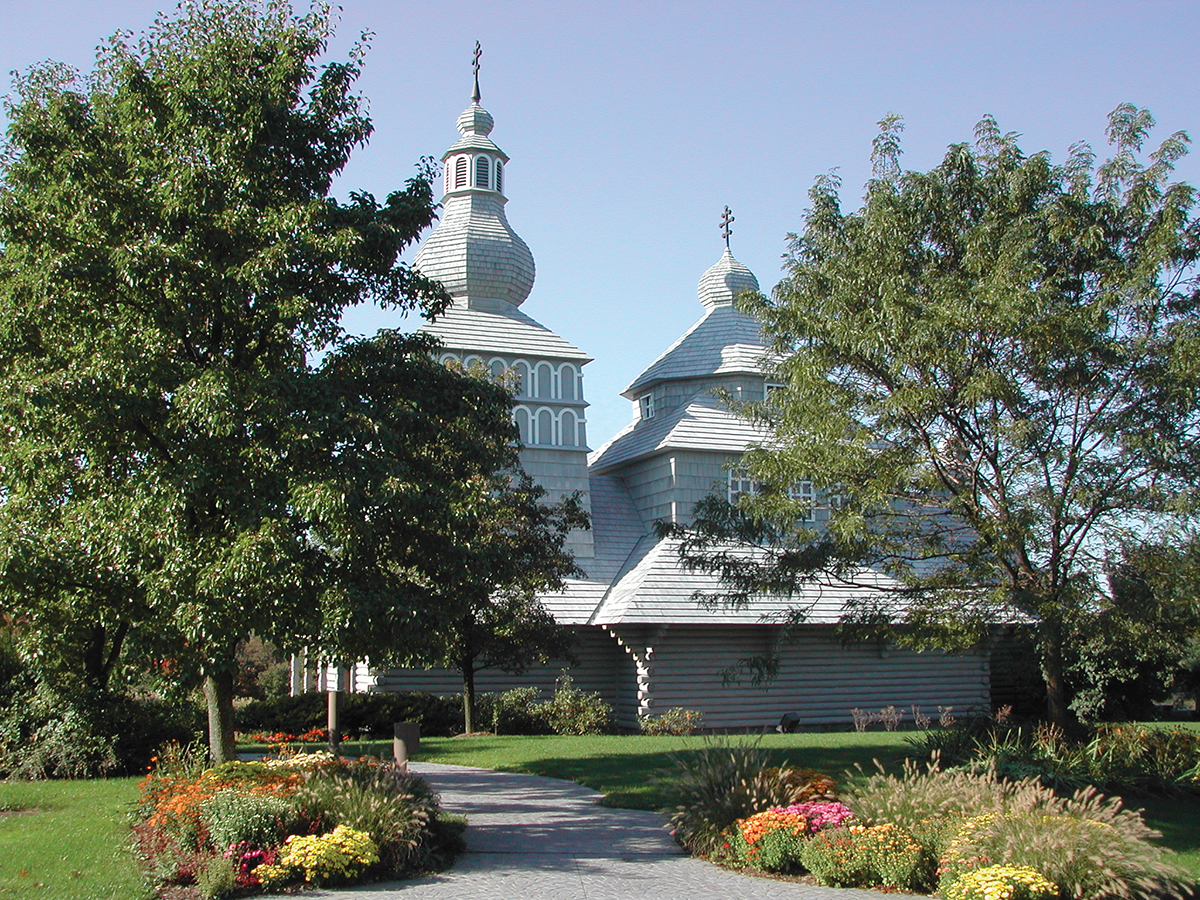 New Beginnings can be exciting, scary, doubtful, frustrating, and visionary. To begin something new for an individual or an organization can be all of the above.
In 1892 clergy and laity from the Subcarpathian region of Europe met in Wilkes-Barre, PA to form a fraternal union, to be known as the Greek Catholic Union. This group of people wanted to ensure that its members were cared for financially, to provide the means for a good education, to aid their churches, and to promote friendship among its members. St. Nicholas of Myra was chosen as their patron and protector. In the coming years, when difficulties arose, St. Nicholas was there to protect. This new beginning was exciting, scary, and visionary – A NEW BEGINNING.

In 1936 eight hundred delegates of the Greek Catholic Union met in Wilkes-Barre, Pennsylvania, the place where it had been founded, at a most critical time in the life of the GCU. The Organization was experiencing a loss of members, difficulties in the Church, internal and financial problems. It was decided that the Members not discuss the internal problems of the Church, and that the religious character of the organization remain the same. The decisions made at this convention and in the following years not only brought new life to the Organization but also new ideas. It could be said, I propose, St. Nicholas was there guiding the GCU after its first 50 years – A NEW BEGINNING.

In 1972 another significant moment in the life of the GCU took place. Numerous bylaws were changed, and the delegates unanimously endorsed a plan for the reorganization of the GCU. It was decided to consolidate all operations. The three branches of the GCU; the General Branch, the Gymnastic Branch, and the Juvenile Branch were merged into one, but the main objectives of the GCU would remain: religion, fraternalism, education and sports. The new governing board, now known as the Board of Directors, along with the Executive Officers took over the responsibility of serving its members. And, of course, St. Nicholas was watching over them – A NEW BEGINNING.

Other significant new beginnings occurred in 1978 when Seven Oaks Country Club was dedicated by Archbishop Stephen Kocisko; in 1987 when the GCU moved to its new Home Office in Beaver, PA; in 1988 when a resolution passed to build St. Nicholas Chapel, which was dedicated in 1992 by Archbishop Thomas Dolinay and in 1995 when Archbishop Metropolitan Judson Procyk proclaimed the St. Nicholas Chapel as an official church and public oratory. I am sure St. Nicholas blessed all who were involved in this magnificent chapel dedicated to him. The New Millennium saw the United Societies merge with the GCU in 2000 — NEW BEGINNINGS.

In the 128 years of existence of the GCU many more significant events have occurred. My intention was not to present a history of the GCU, but to point out that all these events were new beginnings that entailed times of excitement, fear, doubt, frustration and a continuing vision for this great organization.

My journey with the GCU began in 1984 when I attended my first convention in Philadelphia. General Counsel Sigmund Brinsky appointed me to serve on the legal committee. In 2004 I was honored to serve as the Chair of the Credentials Committee for the 39th National Convention, and for the next three Conventions. In 2016 I was honored to be elected by the members present at the Convention as the Chair of the Supreme Tribunal.

In October 2020, my service to God’s people takes on another new dimension. This service began in 1974 as God gave me the gift of the Holy Priesthood. Through those years, I have served the People of God with the gifts bestowed on me by Him. I take on this responsibility as the Spiritual Director of the GCU with great appreciation. I believe that St. Nicholas, the Patron of the GCU and the Patron of our Byzantine Catholic Church, had a role to play in this. I want to thank all of you GCU members for your confidence in me by electing me to this position. I also want to thank Fr. Richard Lambert for his encouragement and his many years of serving as the Spiritual Director before me. When we began our seminary career together in 1966, we could have never imagined it would take us to where we are today. I spoke about new beginnings throughout this article and as I enter this new beginning in my life, I ask for your prayers that I may serve you to the best of my ability – A NEW BEGINNING!