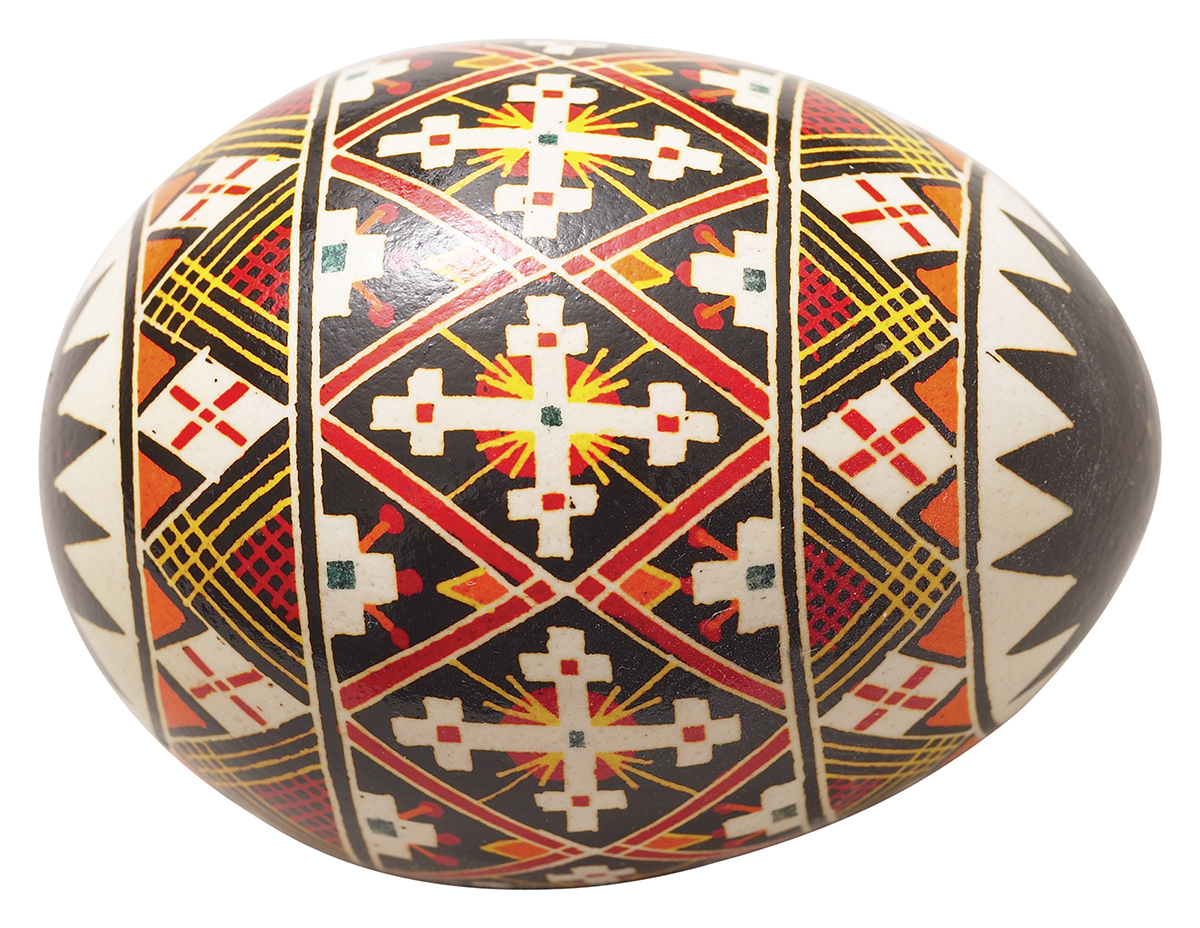 SOME CUSTOMS AND TRADITIONS OF “EASTER”

For ten weeks now through prayers, liturgical services, and our personal fasting we have been preparing for the glorious day of Christ’s Resurrection, Pascha or Easter Sunday. Hoping that during Lent everyone had an opportunity to be cleansed from his or her personal sins, the Church now celebrates externally and with beautifully joyous ceremonies the final triumph and life-giving resurrection of our Lord and Savior, Jesus Christ. Various peoples, through their different customs and traditions, are now ready to celebrate the Glorious Resurrection of our Lord. I would like to point out a few of the customs, traditions, and liturgical actions, along with their meaning, which have been passed down to us from the Carpatho-Rusyn region of Eastern Europe, from which the GCU founders and ancestors came.

IS IT “EASTER” OR IS IT “PASCHA”? The term “Pascha,” in its traditional application, has several meanings: “Pascha,” the Greek form of the Hebrew word “pesach,” meaning “to pass over,” is a Jewish holyday, which commemorates the liberation of the Jews from Egyptian slavery and their crossing over the Red Sea into the Promised Land. Through Christ’s Resurrection we have passed from the slavery of sin and “from death to life,” and “from earth to heaven” (Jn. 5:24; 14:1). At Resurrection Matins we sing: “The Passover is the Lord’s Passover, since Christ our God has brought us from death to life and from earth to heaven” (Irmos of the First Ode). For us the word “Pascha” indicates the yearly commemoration of Christ’s glorious resurrection. In the Liturgy “Pascha” is described as the “feast of feasts and solemnity of solemnities” (Irmos of the Eighth Ode). In other words, Easter is simply called Pascha. The Easter Canon refers to Jesus Christ as our Pascha since He “willingly sacrificed Himself like a yearling lamb for all of us” (Troparion of the Fourth Ode). We use the similar term “Paska” for the bread we bless in our “Easter baskets,” representing Christ the living bread.

WHY DO WE STAND AND NOT KNEEL FROM EASTER TO PENTECOST? During all the liturgical services in church, and even in our private prayers at home we stand and do not kneel. Kneeling, [and prostrating] is a penitential posture. It is the position of a sinner seeking forgiveness. It is not a position of adoration as it is in the West. Standing, the proper position of adoration in the East, is the position of giving praise and thanks to God. During the Paschal Season the time for repentance and fasting is over. It is the time of our salvation for "Christ is Risen!" We express our joy, thanksgiving, and adoration for this fact and the fact that we who have been "... baptized into Christ and put on Christ" have also risen with Him. It is for this reason that kneeling is improper during this holy season. To kneel is to imply that we do not accept the resurrection of Christ. By standing for all prayer, in church and at home, we are demonstrating in a bodily way that we believe that "Christ is risen from the dead, by death He trampled death and to those in the tombs He granted life."

ICON OF THE RESURRECTION: All four Gospels are silent on the manner of Christ’s Resurrection. Nowhere in sacred Scripture is there a factual account of the event. Byzantine art is faithful to the Gospel and never presents this event, but it expresses what occurred before or after the Resurrection. The Icon of the Resurrection is either the “Descent into Hades” or the “Myrrh-bearing Women.” The Icon of the Descent into Hades shows Christ as the Life-giver. In it, Christ is seen trampling the gates of Hades and taking Adam and Eve by the hands and drawing them to life.

BLESSING OF EASTER BASKETS: One of the most popular customs is to bring to the church hall, or other appropriate place, the food that we have fasted from during Lent. For those who keep the traditional “strict fast” it would mean any meat or dairy products that they fasted from for the forty days. Some of these foods could include EGGS—Brightly decorated eggs (pysanky) are a symbol of the New Life that is ours in Christ. PASKA (Easter Bread)—A sweet, yeast bread rich in eggs, butter, etc. Symbolic of Christ who is our True Bread. HAM—Celebrates the freedom of the New Law which came into effect through Jesus' resurrection, in distinction to the Old Law which forbade certain meats. Lamb or veal are also used. CHEESE (Cirec or Hrutka)—A custard-type of egg cheese shaped into a ball having a rather bland but sweet taste indicative of the moderation that Christians should have in all things. HORSERADISH—It reminds us of the bitterness and suffering of Christ which culminated in the Resurrection. BUTTER (Shaped into a figure of a Lamb)—The lamb is the ancient Passover food by whose blood the Israelites were saved. Jesus is our Paschal (Passover) Lamb by whose blood we are saved.

I have presented some of the traditions of the Slavic peoples whose ancestors came from the Carpatho-Rusyn region of Eastern Europe. I am sure that in your own families you have other traditions and customs. Those who have come from other nationalities will have their own customs and traditions. All of these are important to us, and the joining together of the various customs allow us to relive and celebrate the magnificent event of Christ’s Resurrection that has given us eternal life.